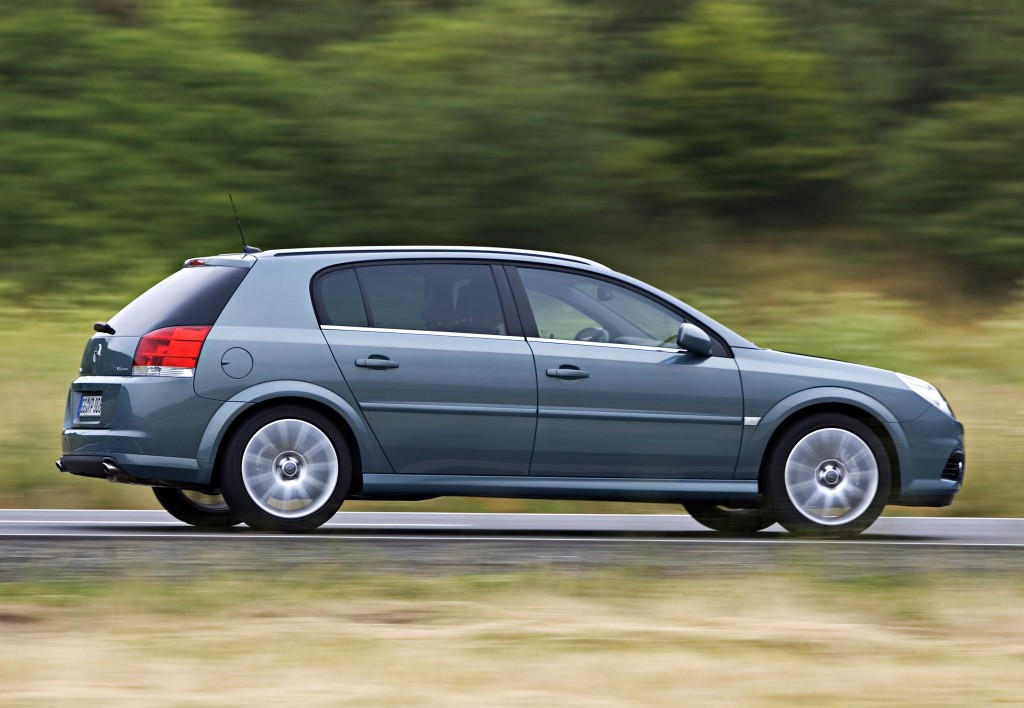 Signum received a rather interesting and unique design of the “stern”.

In 2006, a restyled version of the Opel Signum was released. The car is based on an unusual concept – it is a very large hatchback with an almost vertical tailgate. In terms of size, the Signum sits between the classic large family and executive car classes.

Opel Signum is quite rare in the Russian market..